Have you heard any of these? Read on!

Here at Collect Rx we are continually amazed at how often people either have it half right or not right at all when it comes to the out-of-network (OON) industry realities.

What surprises us even more is that providers don’t take advantage of the opportunities with OON reimbursements to increase revenue. 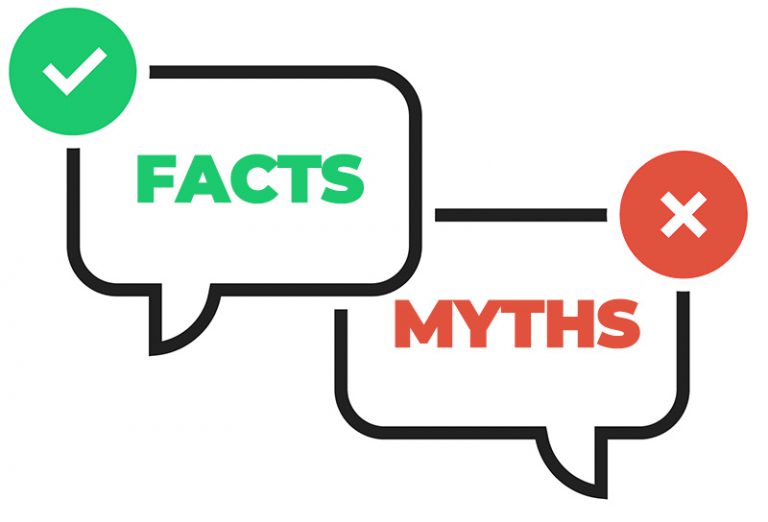 As providers survey the landscape today, candidly there aren’t many opportunities to improve reimbursement rates. In-network contracts are what they are and there is limited, if any, opportunity to increase those rates.  Similarly, Medicare and Medicaid reimbursement rates are what they are.  But out-of-network represents a great opportunity for many providers to bring more dollars in the door to improve the bottom-line.

We’re sure you’ve heard of, or maybe have even said some of these. The 5 myths are as follows:

1. “The Out-of-Network Days Are Over”

Candidly, the rumored “death” of out-of-network has been predicted for the past 20 years, yet it’s still very much alive today and will continue to be. Despite the dire predictions and the efforts payers have made as just described to reduce OON reimbursements, in 2021 there were more than $250 billion dollars of OON claims and growing.  A lot of dollars for a segment that is going away!

A second reason that OON will continue to be an important piece of the market is the sustained growth in PPO enrollment. Most out-of-network bills come from PPO members, and PPO enrollment has more than doubled as HMOs have declined.  Statistics show that 10-20% of PPO members will have an out-of- network experience each year. 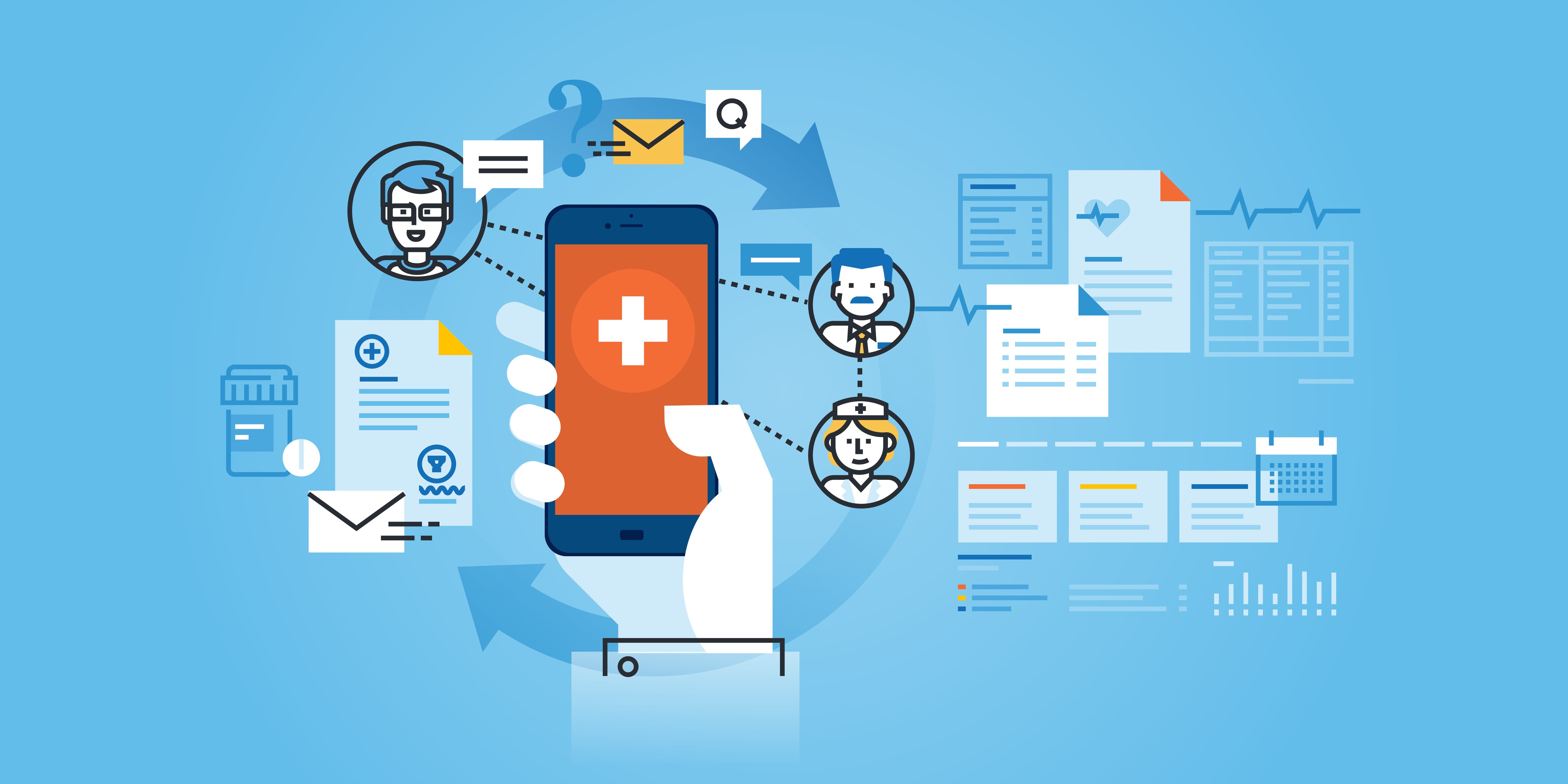 Thirdly, “Narrow Networks”, or an insurance plan limiting the number of participating providers in exchange for a reduced premium, will lead to the growth of OON patients. Andrew Lovewell, administrator of the Surgical Center at Columbia mentions, “As healthcare costs continue to rise, and the opportunity for narrow network or high value networks with steerage develop, I think that private equity will continue to take a larger stance in the healthcare markets across the country.”

Payors are increasingly offering narrow network policies. The reason? Narrowing the network allows the payer to offer lower premiums as only less expensive providers are allowed into the network.  In other words, there are fewer providers in narrow networks.

And we’re not just seeing smaller providers excluded from narrow networks; rather we are seeing major providers in major markets being kept out of these networks.

The one big downside stemming from narrow networks for patients is choice, or lack thereof.

Narrow networks, by definition, result in there being fewer in-network providers.  As such, narrow networks lead to more OON providers.  It’s therefore becoming increasingly important for these providers to understand how to handle OON billing.

But the ultimate most important reason OON is not going away is that people WANT to have OON benefits, and people are willing to PAY for OON benefits.

At the end of the day, payers have NO CHOICE but to sell policies with OON benefits. Opportunities to improve OON reimbursements may vary by geography and individual factors. But it’s clear that it’s not going anywhere and is here to stay.

Here at Collect Rx it is surprising how often people either have it half right or not right at all when it comes to the out-of-network (OON) industry realities. What surprises us even more is that providers don’t do more to take advantage of the opportunities with OON reimbursements to bring more dollars in the door.

When putting together your OON strategy and determining which payers you should be OON with, the factors to consider include –

(2)    the comparable reimbursement levels for their most common procedures

(3)    the relative market share of the ambulatory surgery center as compared to other providers.

If providers are prudent in picking and choosing the payers with which they are out-of-network, and are prepared to seriously engage payers on the unique parameters related to out-of-network reimbursements, they will maximize total revenue and profits.

PROVIDERS WITH NO CHOICE:

Now for some providers, of course, there is no choice but to be out-of-network.  Because of their lack of leverage in the marketplace, some providers don’t have the ability to enter into managed care contracts even if they want to do so.  But assuming the provider does have the ability to enter into contracts, how does it decide the payers with which they should sign a contract, and those with which they should stay OON?

TOE IN THE WATER:

For providers that have traditionally been in-network, our recommendation is a “dip your toe in the water” approach.  In other words, don’t go and cancel all of your contracts at once.  Rather, pick a payer with which your volume is low and start there.  See how you do financially over the subsequent 4 to 6 months before deciding where to go next.

One quick note about patient steerage and volume.  Sometimes we hear providers express concern about losing patients if they go OON.  While this is true for some types of providers, remember that, ASCs get their patients from physician referrals.  As such, ASCs tend not to be dependent on payers for patient volume. As a result, unlike with other providers, going OON often does not significantly impact patient volume. If you execute it properly, OON should remain an integral part of most facilities’ reimbursement strategy.

This one is a doozy. Buckle up.

Unfortunately, most providers don’t understand how detrimental they can be. 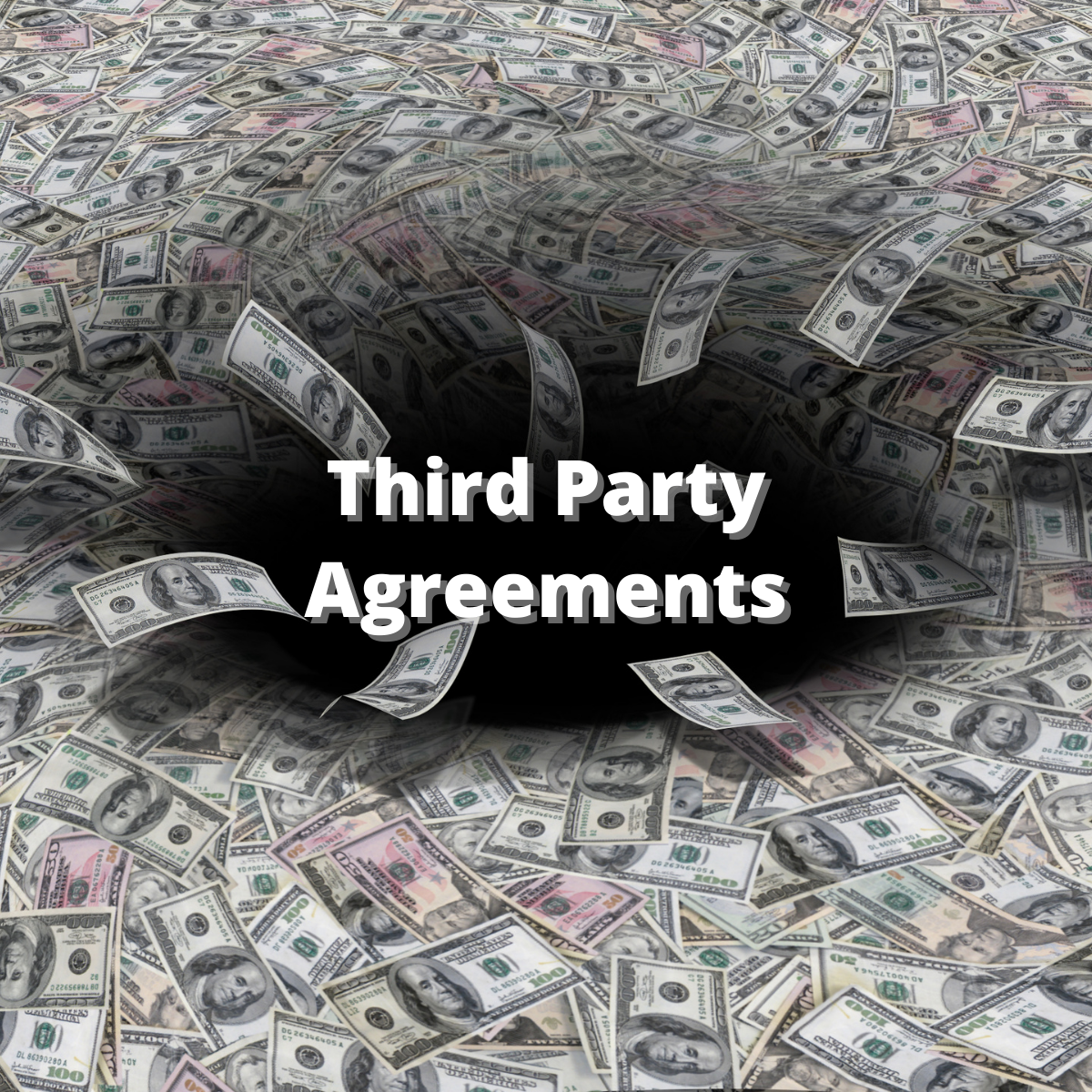 While these agreements may sound attractive because they are easy to implement, these relationships oftentimes have unintended consequences and should be closely scrutinized.  Let’s review some of the specific issues that often arise in these agreements.

How do they treat patient steerage?

Be clear that there is typically NO patient steerage from rental agreements.  In the traditional managed care contract situation, you are essentially agreeing to a volume discount in exchange for the insurance company steering patients to you. In contrast, with rental network agreements, you’re accepting a discount, but typically are not seeing any additional patients.

Not only do providers have no idea of the breadth of these agreements, many providers don’t even know they’ve entered into them.  They were signed years ago by staff no longer at the facility, and the provider doesn’t even know it.  We are constantly finding during our negotiations that contracts are being referenced, but our center’s biller has no idea about it when we inquire.  Unfortunately. when we produce the contract for our provider, it still takes months to cancel.

Are the payers required to use a contract?.

No.  To begin with, payers have multiple agreements and will choose the one with the best rate.

Sometimes, providers don’t realize that the reimbursement levels are based on a % of the allowed charges, not billed charges.  This means that payers take a cut to arrive at the allowed amount, THEN they apply the discount to that lowered amount.

Collect Rx can provide a complimentary analysis of any 3rd party contracts so you understand what it is saying and how it is being applied.

Are you allowed to terminate at will? 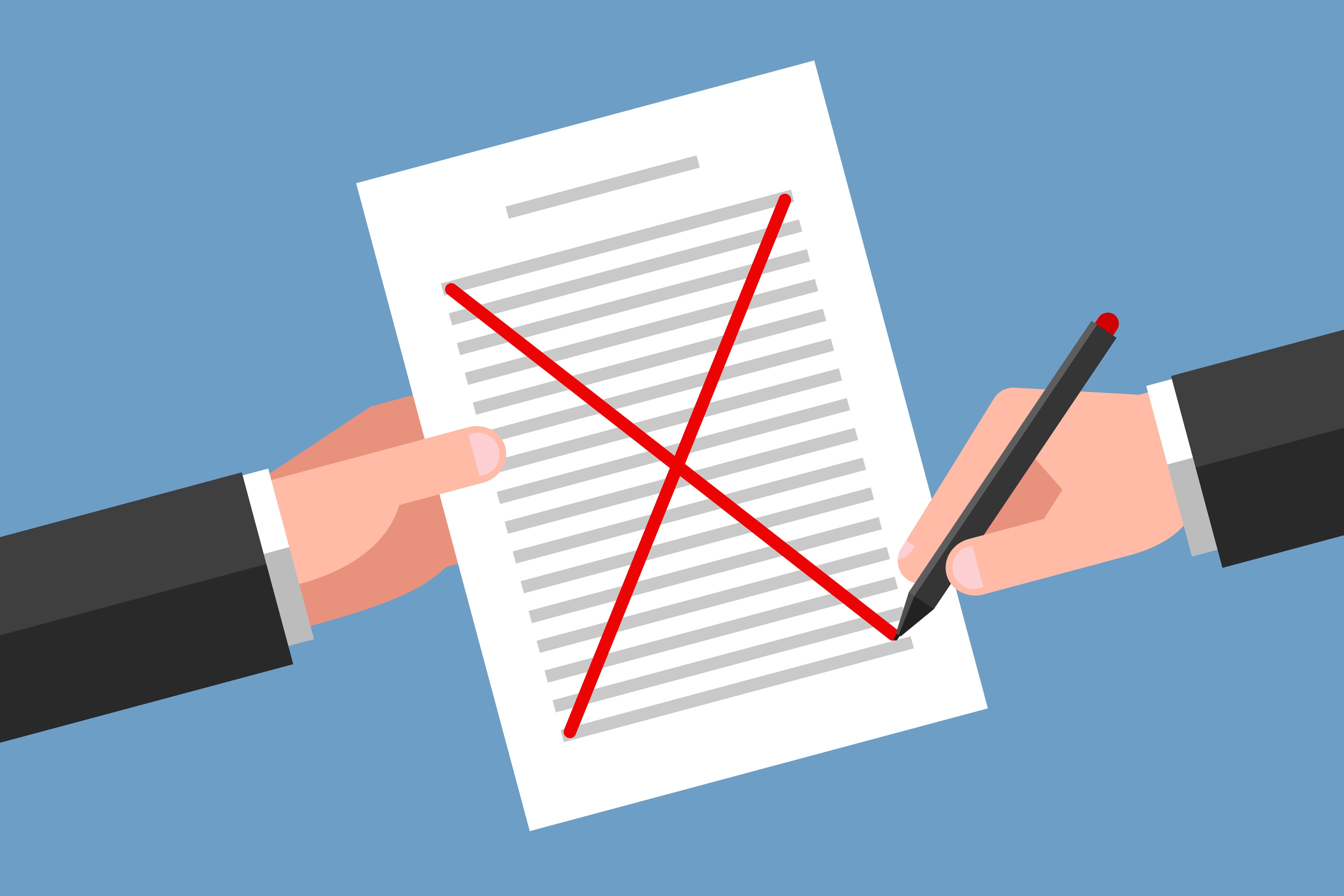 Typically these contracts are for one year terms and are subject to an “evergreen” clause, meaning they automatically renew  on a yearly basis unless terminated by either party.  The “catch” here, is the notice period to terminate.  Sometimes the notice period is 180 days, meaning that you have to give 6 months notice just to terminate, and that notice must be at least 180 days prior to the anniversary date of the contractual period.

This is an extremely onerous termination process.

Most providers just assume that in-network benefit levels are being applied since they accepted the discount. But really, the payer gets the best of both worlds – a discount on the rate and the higher out-of-network benefits.

Is there a reference to an administrative handbook?  Oftentimes, these agreements explicitly incorporate the terms of the handbook into the contract. So things like multiple procedure reductions might not be addressed in the main contract, but is addressed in the handbook and you don’t even know it.  I’ve even heard of reimbursement rates being changed using the handbook.  How many of you review it when changes are made?

A fourth myth, and one we probably see most often for providers, is providers telling us “We’re doing fine.”  In other words, these providers don’t need to think about what’s happening with their OON business because they’ve got it under control through one or more of the various tactics. What we see all too often is that many times these providers don’t, in fact, have it covered. 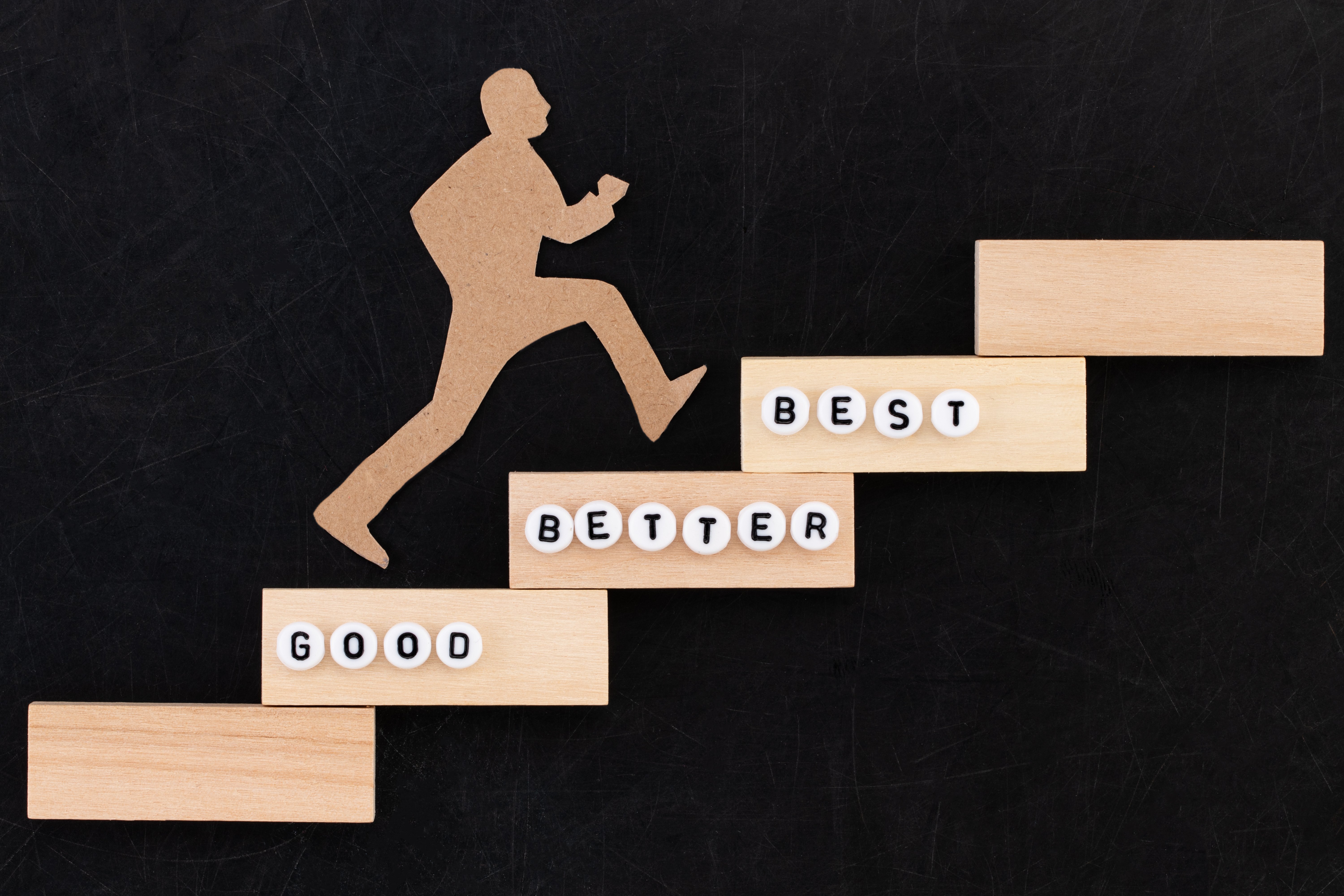 YOU COULD BE DOING BETTER!

What most providers fail to realize is that they could be doing better, sometimes much better, than they’re doing today.  As we will say to providers, “you have an OON problem, you just don’t know it.”  Put it this way, payers wouldn’t be taking the actions I described earlier to reduce OON reimbursements if it wasn’t in their financial interest to do so.  But because they are doing better on their OON reimbursements – after all, 50% is far greater than in-network or Medicare reimbursements – they become complacent even though, in reality, they can be at 80% and above.

You Need To Ask Yourself:

·       Resources.  Do you have resources dedicated to appealing out-of-network under-payments and denials?

·       Appeals.  Do you have the process and resources in place to effectively appeal claims?

·       Audit.  Do you have the process and resources in place to audit your activity?

If the answer was “no”, or even if you’re slightly unsure we urge you to contact us for a free consultation.

The final myth to address is the provider who declines to think about outsourcing this function.

Remember that the nation’s largest payers, with their considerable resources, expertise, and data, still outsource this function to companies that specialize in reducing out-of-network reimbursements. Yet we talk to providers all the time who insist on handling it themselves or retaining billing cos that lack the ability to do so.

Without the resources from the above points in #4 (expertise, data or bandwidth to name a few), which most providers fall under, you will not be successful with OON bills.

Don’t fall for the myths! You can take advantage of the opportunities with out-of-network reimbursements to bring more dollars in the door with Collect Rx by your side.